Yesterday evening while out with my wife an in-laws for dinner I spotted an Android. The Google Phone, or T-Mobile G1, was alone in the hands of a man at a table full of iPhone and BlackBerry owners.

This was a first. I’ve been using a G1 for a week, and other than the phone in my hands I have not seen another in use. This was exciting… I could actually interrupt someone’s meal to learn his thoughts on the device!

And I did. And the response was what I expected.

Alex: “I’m returning it. Aweful. Getting a BlackBerry.”

Alex elaborated on what he didn’t like. He’s used an iPhone, but likes BlackBerry’s more. Mostly his beefs are with hardware:
– big nob on right side when screen is extended (hardware)
– feels cheap (hardware)
– lack of proximity detection so screen items are pressed during calls (arguably, this could be fixed with a software update)
– the messaging and email are weak compared to BlackBerry. Unreliable. (software and network)
– keypad isn’t friendly – not a fast pad to type on. (hardware)

I had hoped he would have some praise for it. Perhaps something I’ve missed or overlooked. But other than believing a future generation will be competitive, he had none. The apps and browsing didn’t matter.

I’ve come to appreciate the browser for stability and support of ajax (its use is still a disaster). I’ve also liked the implementation of the Market (the Android App Store). But if Alex is a read on consumers, these features don’t really matter. 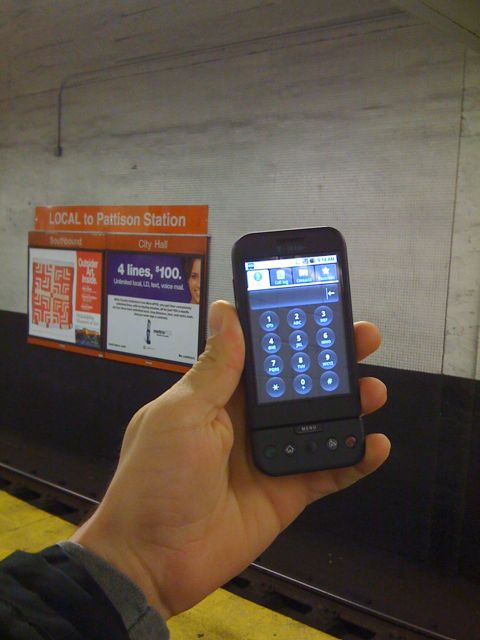