Twitter Tools, a WordPress plugin by Alex King, blew up my blog last night. For those of you following my RSS or Twitter updates, this meant you got 45 copies of a weekly Twitter update (and you would have gotten 8 more that were in the queue to be published if I hadn’t caught it and shut it off – thanks @evantravers for the RSS heads up).

I like Twitter Tools very much. It’s the first WordPress Twitter integration I used, and it’s still my preferred way to go. It automatically sends a tweet when I write a new blog entry. A good, clean, way to let people know you wrote something you’d like them to check out. I used to use it for a list of my more recent tweets, but I’ve replaced that with a FriendFeed plugin.

In one of Twitter Tools more recent versions the feature of weekly digest posts of one’s tweets was added. I wasn’t hot on the idea of a daily digest since it would be too often and would ultimately just be a daily barf of one’s tweets and wouldn’t involve actual thought. The weekly was worth checking out so I played around with the settings (above pic).

If the setting for “Create a weekly digest…” is Yes, you are given a choice of day and time for your post. During my trial of the settings, I chose 11:59pm on Sunday night.

This was last week. I’d forgotten about it. This morning however, it blew up with the 45 posts. Pretty ugly bug!

Today I hit 100 miles of running with Nike+. It shows how poorly I’ve been keeping up with running (Galina is in to 200+ now). It’s a nice feature they offer… Rewards keep participants interested. I’d still like to see more non-flash integration with blogs.

The stats for my first hundred with Nike+:

I’m still tracking with both Nike+ (today’s) and Nokia SportsTracker (today’s). The SportsTracker, with GPS, is slightly more interesting because it maps your progress while on the run and offers live mapping. I’d still like to have SportsTracker integrated in a blog – it’s a pain to share otherwise.

Something else of interest during today’s run… Everyone on the trail was in a great mood! I offered, “Good Morning!” to eight people and received eight positive responses. In Philadelphia this is a first. Maybe it’s the weather. Maybe it’s a fluke. But either way, it’s awesome to return from vacation with a strong positive vibe.

After using Twitter as my push-based latest-news system for five months, I’ve gone back to the “traditional” use of Twitter. Without IM and large follower functionality, Twitter offers no way to experience a flow of tweets. 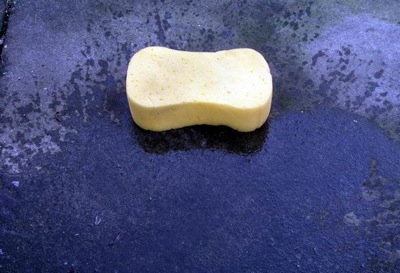 I’ve gone back to the traditional use of Twitter. The method more than 95% of the userbase uses it for. I now use it to stay in touch with the people I’ve met and know personally, rather than using Twitter as a medium for info aggregation. It’s not possible to use Twitter how I did in the past.

If you know my series on flow (it kicked off here), you know what I was doing and how cool it was. I got the idea partially from Robert Scoble’s entry, The Secret to Twitter. His use was brilliant and it worked amazingly well!

Back in March of ’08 I began following any interesting person I thought to be intelligent and putting out informative tweets. Primarily I found people in the software development, new media, aviation, library science, and management arenas. I ended up following 6,218 people at the high (last week). Everyone’s updates were viewed in IM and I would see an amazing flow of information.

Usually hundreds of tweets per minute, forcing me to read very quickly and get a quick read on the blogging, technology, and media areas in a short period of time. It allowed me to find articles and posts that would have filtered in slowly on RSS (arguably, if I had more than my 632 RSS feeds I’d find more information here, too).

It was great. Flip on iChat over breakfast and watch the flow while eating granola and yogurt. An ideal start to the day.

But in the last week I’ve culled over 4,000. The removed are people who don’t follow me and who I never met in real life. The chance of our interaction is very small, and if we meet I’ll follow.

I’m looking forward to having more intimate interaction with friends and followers. Focus will shift more towards FriendFeed and Google Reader (RSS).

For WordPress bloggers with iPhones, the iPhone WordPress application is close to the best gift since receiving a Nintendo Entertainment System for Christmas in 1983. The application is solid, allows tags and categories, posts pictures direct from the phone, etc. Awesome!

But what if you want to post pics from your Flickr stream? What if you’re shooting with another camera and want to post high quality photos not taken with the iPhone crackerjack cam? Here’s the instructions, including detailed pictures, on how I get photos from Flickr in to an iPhone WordPress blog post: END_OF_DOCUMENT_TOKEN_TO_BE_REPLACED